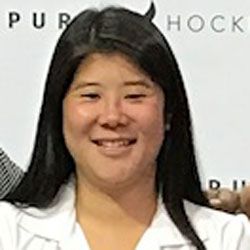 When she graduated from Greenwood, Brittany Wong knew she wanted to work in sports. Today, she’s living out that dream, but not in the way she initially imagined.
After taking Exercise Science in Grade 12, Brittany was set on being an athletic therapist, and she enrolled in Dalhousie University’s Kinesiology program. However, in her first year, the class visited the cadaver lab. “I knew right then that kinesiology was a no-go for me,” she says. But she also had a passion for the business side of sports, especially hockey. With that in mind, she focused on business management -- and never looked back. “I didn’t realize it at the time, but it’s okay to not know what you want to do,” Brittany says. “It’s okay to pivot.”
As part of her program, Brittany interned with Golf Canada in sport development. “We started at the grassroots level,” she says. “We worked with schools, golf organizations and golf clubs to introduce more people to the game.” While she learned a lot with Golf Canada, she still had her sights set on working in hockey -- and when an internship opportunity arose with the National Hockey League in sponsorship sales, she jumped at it.
Brittany had never seen herself in sales, “but this was different,” she says. “I was selling a brand. I was selling the game of hockey.” She was soon sure that she wanted to stay with the NHL, and she did everything she could to cement her place there. “I seized every opportunity possible,” she says. “I met as many people as I could. I volunteered to help with any project.” Towards the end of her internship, a full-time position in marketing became available; Brittany got the job.
After working in marketing for two years, a new opportunity presented itself: a role as part of the NHL and the NHL Players’ Association Industry Growth Fund, centering around the Learn to Play program. Learn to Play aims to welcome more young players and families into the game of hockey. Was she interested? “My eyes were popping out,” Brittany says. “I grew up playing hockey, and I helped create the first girls’ hockey team at Greenwood. Sharing hockey with others is so near and dear to my heart.” 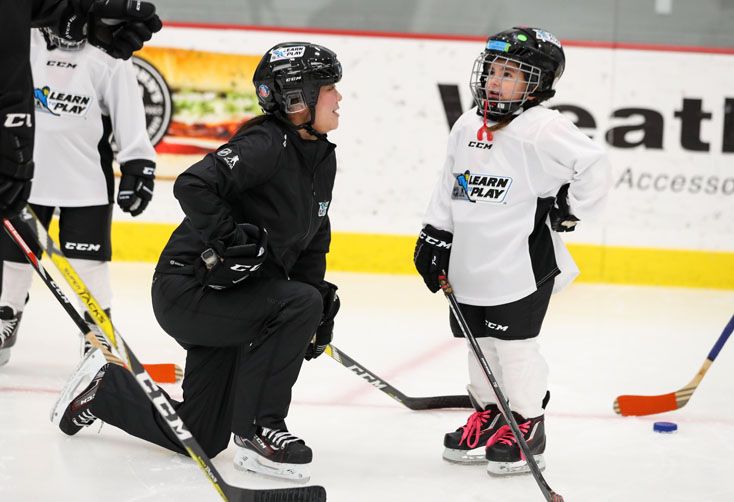 Brittany coaches a young player during Learn to Play.

Brittany initially focused on the programming side; today, as Senior Manager, Industry Growth and Business Insights, she oversees and analyzes the program’s investments. “It feels like a privilege to be inspiring and engaging the next generation of fans and players,” Brittany says. “It’s the most rewarding part of my job.” She is also one of the co-presidents of the NHL’s employee resource group, G.O.A.L. (Growth, Opportunity, Achievement, Leadership), which offers the organization’s staff both personal and professional growth and development opportunities.
Creating that first Greenwood girls’ hockey team is one of Brittany’s best memories from her time at the school. “Only a handful of us played competitive hockey,” she says. “Lots of people didn’t even know how to skate, but they took skating lessons just so we could have a team. It was so amazing to witness their progression, from tip-toeing on the ice to learning how to stop, and to see the joy it brought them. Seeing people rise for you, and for the school, was so incredibly special.”
Back