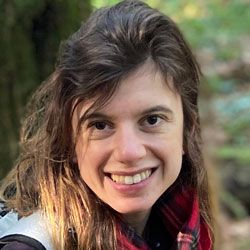 Zoe McKinnell’s post-Greenwood journey has taken her all over the world. She first headed to Brown University in Rhode Island to complete her undergrad in the sciences. “I really liked sciences from early on - I loved biology, physics and math at Greenwood,” she says. “My math and science teachers went over everything in creative and simple ways to make the concepts easy to understand.” She initially studied biomedical engineering, but she soon discovered that it wasn’t for her. “I was more drawn to biology and genetics, and to working with people,” Zoe says. It was then that studying medicine appeared on her radar.
Once Zoe was certain of her path after graduating from Brown, she applied to St. George’s University of Grenada School of Medicine and was accepted into the Keith B. Taylor Global Scholars Program (now called the St. George’s University of Grenada School of Medicine/Northumbria University partnership). The program would allow her to study in, and experience, different healthcare environments.
Her four years of schooling took place in Newcastle, Grenada, London, Detroit, Tanzania and New York City. “It was very cool to get exposure to all sorts of different hospital systems and countries,” she says. Zoe also created close bonds with fellow students in her first year of medical school, meaning she was always traveling with at least a few good friends. “Your relationships get you through medical school,” she says. “You need to be around people taking on the same challenges as you.”
Zoe completed her residency at Mount Sinai in New York City in Internal Medicine. As part of her residency, she gained valuable experience in oncology while working in many different areas at Memorial Sloan Kettering Cancer Center in Manhattan. “I loved getting to know patients, looking at their numbers, and finding the best treatment for them,” she says. “It’s a kind of medicine that is fast-moving and impactful.” She also got involved in oncology research, which allowed her to apply for fellowships in that specialty. Today, she is completing her fellowship in Hematology and Oncology at George Washington University in Washington, D.C.
Both life and medicine can be filled with roadblocks, and Zoe credits Greenwood with teaching her the importance of adaptability. “Greenwood taught me that there are multiple roads to an endpoint -- if you get stuck on the main road, you can take a side road and get where you need to be,” she says. “That knowledge has helped me in my career when someone says I can’t do something.” 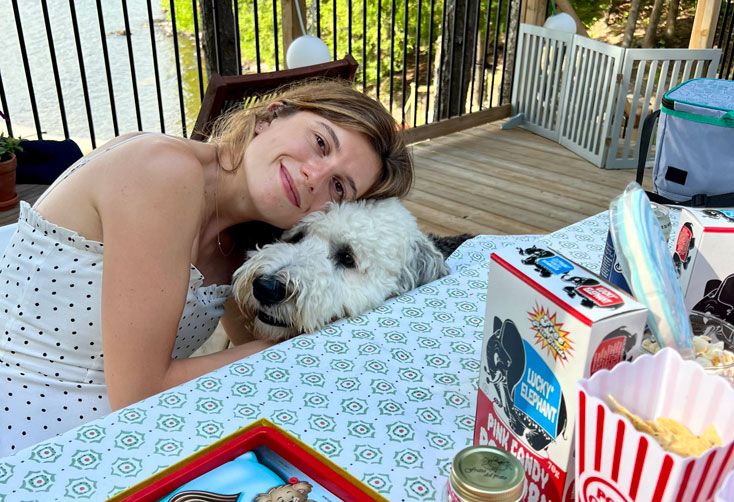 Zoe poses with her furry best friend.
Greenwood is also where Zoe learned valuable leadership skills. “Greenwood was good at letting you figure out what sort of leader you wanted to be,” she says. Zoe is by nature a quiet person, but that didn’t stop her from running for Head of Student Leadership in her Grade 12 year - and being elected. “No matter your personality, Greenwood helps you become the leader you are going to be based on your own attributes. That was really valuable for me.”
Back