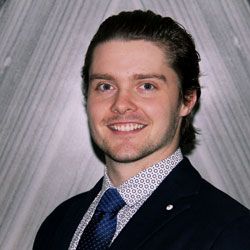 For many people, swimming with sharks sounds utterly terrifying. But for Scott Kincaid, it solidified his career aspirations.
Scott took a gap year following his graduation from Greenwood in 2016 before pursuing postsecondary studies. He had long had a passion for environmental conversation, and that passion only intensified with Greenwood’s focus on the outdoors; however, “I wanted to be 100% sure that environmental science was what I really wanted to do,” he says. The first major highlight of his year was travelling to Antarctica on the National Geographic Explorer, an icebreaking ship. The second was travelling to Fiji with Projects Abroad, where he had the opportunity to tag sharks.
A certified scuba diver, Scott swam with bull and tiger sharks, tagging them and passing the information along to Fiji’s Institute of Ocean Science. He also did survey diving, measuring the health of local coral reefs. “I really wanted to get my hands dirty and see the impact of climate change firsthand,” Scott says. “That’s really what pushed me to continue with environmental science.” 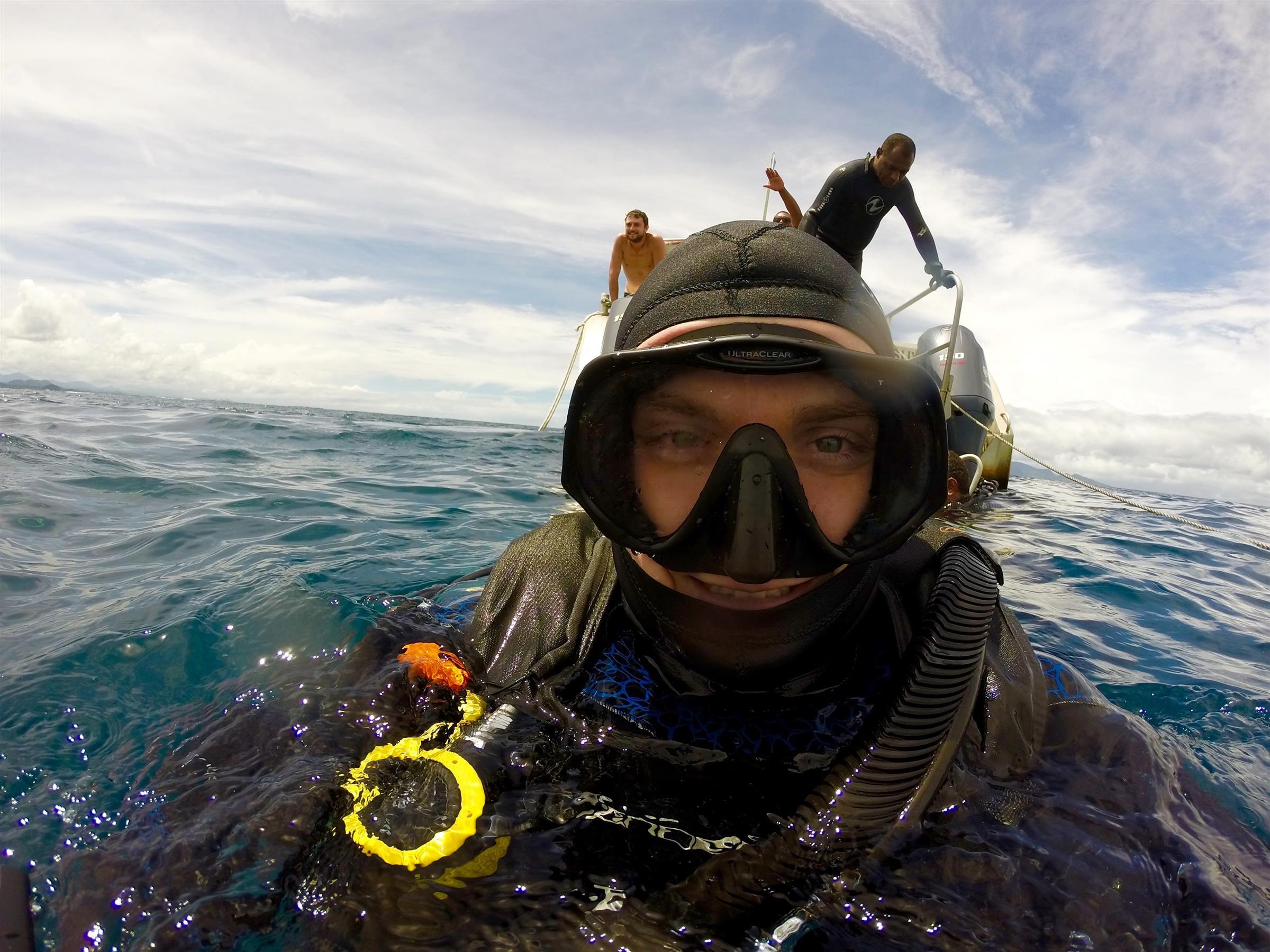 Scott on one of his scuba diving adventures.
Scott enrolled in the Environmental Science program at Queen’s University, where the knowledge he brought with him from Greenwood served him well. “A lot of what we covered in first and second year, I had already learned,” he says. “That helped me to get a really solid grasp on the material.”
In addition to helping him develop academic skills like note-taking and processing information effectively, Scott credits Greenwood with giving him the tools he needs to connect with others. “The teachers made it so easy to build relationships with them,” he says. “Today, I can talk to anyone and find common ground, and that’s especially important in my field.”
Since his graduation from Queen’s in 2021, Scott has been working and saving to finance the next step in his journey: a master’s in Environmental Management and Marine Biology at The University of Queensland. He’ll fly to Brisbane in January 2023 to get started. “I’ve been working towards this goal since Grade 10,” he says. “I’ve always told everyone that I was going to go to Australia and study marine biology. I’m going to be hands-on with the issues I’m most passionate about - I’ll be living my best life.”
Back