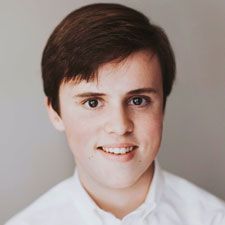 Not many summer internships give you the chance to travel, but in the summer of 2022, Luke Farwell found one that took him across the country.
As a Content and Channels Summer Student with Canadian Tire, Luke travelled with the CT Films team to cities and towns across five provinces and territories to create content in honour of the company’s 100th anniversary. His role included capturing drone footage at Canadian Tire stores and Jumpstart charity events and contributing to video production. “There are challenges you have to solve along the way, but it was an incredible learning opportunity for me,” Luke says. “You learn a lot in school, but real-world experience is invaluable.”
Luke’s summer role allowed him to apply many of the skills he has learned through the Media Production program at Toronto Metropolitan University. “TMU has a great reputation for film and media,” he says of why he chose the program. “A lot of big names have come out of the school.”
After three years of learning the ins and outs of creating media, Luke’s final year of the program will be devoted to his biggest challenge yet: producing a short film with a small group of fellow students. “We all have different roles - I’m the Director of Photography,” Luke explains. “I spent the last semester of my third year in pre-production, working on the storyboard, colour palette and lighting and sourcing the equipment we need, and then we start production in the fall.” 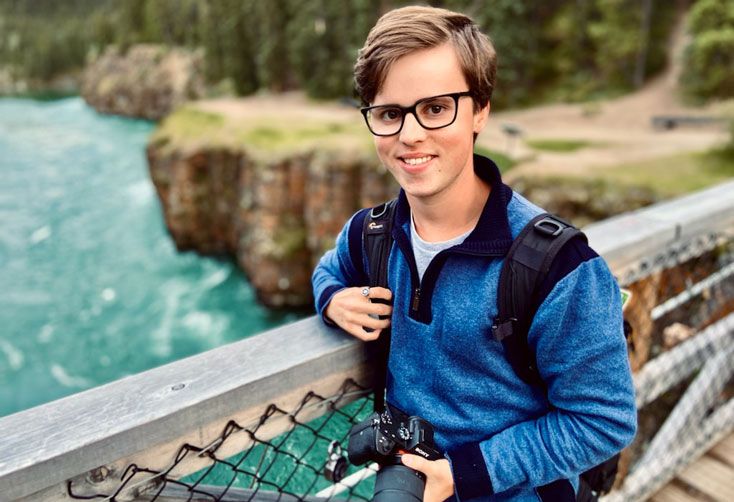 Luke's love for media production has taken him to exciting destinations.

Luke’s love of media production started at Greenwood. “I definitely spent the most time in the Media Lab,” he says. He took a wide range of arts courses including drama, media studies, advertising, film and photography. “I loved any course where I got to use a camera, but my film courses were what made me sure I wanted to go into media production,” he says. Luke was also a regular performer at Greenwood, appearing in the Senior Play from Grades 10-12 and working on his stand-up routine at multiple Greenwood Mics. “Greenwood Mic was a great way for me to put myself out there,” he says. “It helped me to leave my comfort zone.”
Luke also has fond memories of his involvement with the Duke of Edinburgh’s Award program. The program is progressive, demanding more from participants at each level; Luke earned his Gold Award in 2019. “Duke of Ed taught me a lot about dedication and perseverance,” he says. “When there’s a roadblock in front of you, it can be easy to just give up, but the program was great at teaching you how to move beyond those roadblocks.” 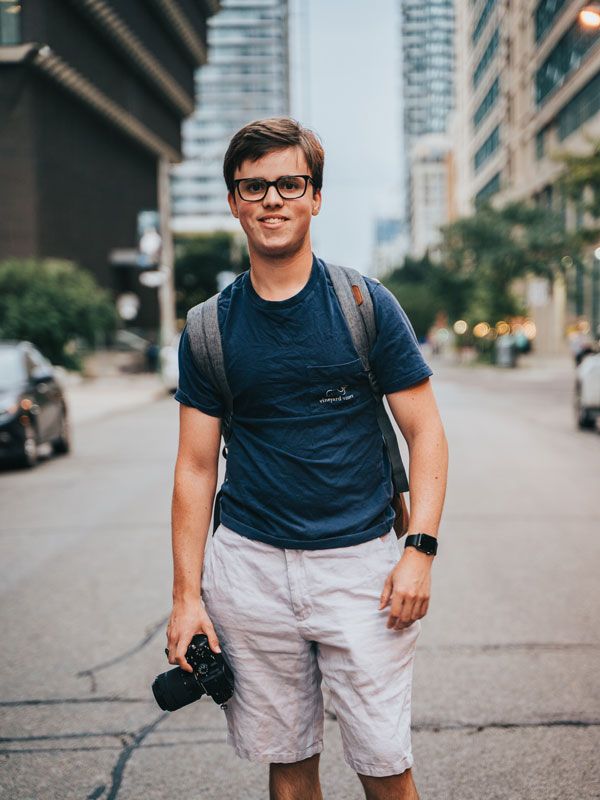 Perseverance gives Luke the confidence to pursue his passions.

Luke encourages future Greenwood students to get involved in school life as much as possible. “Switching schools can be intimidating, but if you are open to new experiences you will get as much out of Greenwood as you can -- it’s an amazing school.”
Back